Surprisingly, my review of Glossika was the most viewed page on my blog. Sadly, my favourite language learning resource was retired a while ago and replaced with an online version that I was initially doubtful about. Some part of me clung to the older version out of nostalgia…and the other part refused to pay for something I’d already paid for. (I was, and still am, a broke student above all things.) I intended to write this review after playing with the system for a bit. However, I thought it wouldn’t be appropriate, since I was using the free version, without full access to its features. Thanks to the global pandemic, I snagged myself a year of Glossika during a big sale for an unbeatable student price. So here we are.

First things first, money matters: the one-off payment for the old book-based courses is no more. Glossika’s website (also called Glossika AI), like everything else in existence, is a subscription-based service. You can get access to all languages for $30/mo, or $25/mo if you buy a full year. Students can get it for $13.5, or $11.25 if you pay for a year. Is it worth the intimidating price (and the sheer fact that it’s a subscription)? I’ll try to tell you my experience so far.

What I used Glossika for

I used Glossika AI for at least a year (I think) before I paid up. Glossika offers a 7-day free trial. Thankfully, the man behind Glossika, Michael Campbell, is keen on preserving minority languages. Therefore, you get unlimited access to certain languages like Catalan, Welsh, Taiwanese, and Kurdish, for free; the only limitation is that some features, like recording your voice, are out of reach. 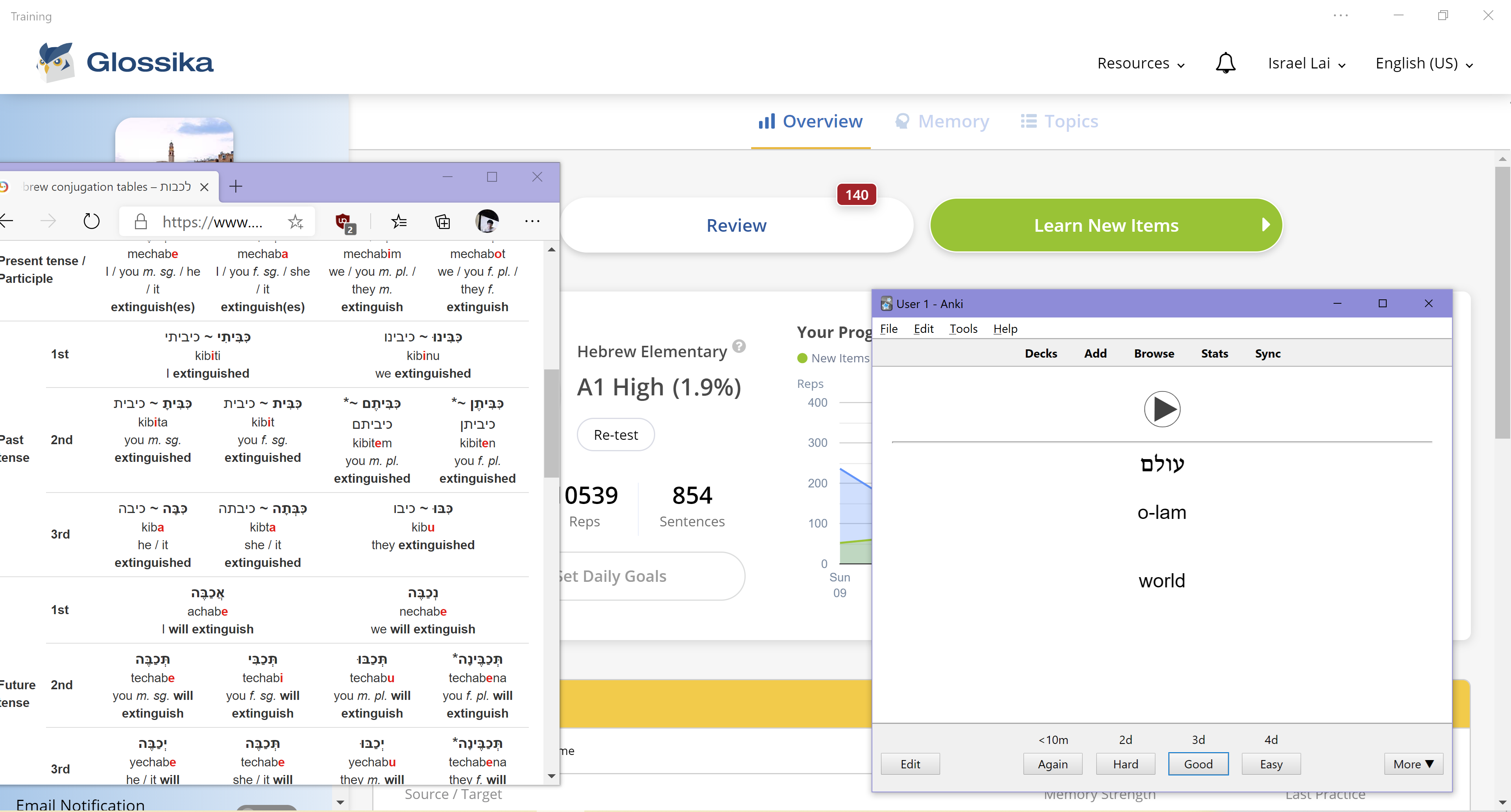 Only my closest, language-loving friends know this, but I’ve been dabbling quite a lot. Since my last project to learn Polish, it’s been sort of a bit of this and a bit of that…Kazakh was a bust (I admitted I was dabbling), and my serious Icelandic project lost steam because our plans for a family trip are ruined by coronavirus.

For the past month, I’ve been actively dabbling in Hebrew. I actually started a while ago, trying out the language on Duolingo, but I gave up because the sentences often had no audio. (Since Hebrew doesn’t write vowels, audio is very important.) Since I finally forked out for Glossika a month or two ago for Icelandic, I thought, why not give Hebrew a try again?

Around a month later, I took my first Hebrew lesson online.

And here I am, making it official. I’m properly studying Hebrew!

I’ll still be working on my other languages — I’m still very much in love with Polish, and I’m having fun learning Taiwanese Hokkien with my friends. But hey, it’s my focus.