Oops, I might have been too carried away by the project itself, as well as all the crazy travelling I’ve been doing this summer, and skipped the 2 month update! (Seriously, imagine being stranded by two typhoons over one weekend in a city that is served by only one airline. How glorious.) So what happened was I set aside all the studying around the latter half of last month, then went all-in to enjoy the music festival that I mentioned. It was great. I even got my music performed in a foreign country, which I’d never thought about. So feel free to give it a listen before I talk about my experience after the break!

So, how well did my final sprint and self-testing go?

I started pondering whether I should try other methods around one month into the project. And I did! Kinda.

Podcasts: I tried a couple of different ones, such as Coffeebreak Italian. The problem was that I didn’t want podcasts that taught me the language – I have other learning materials for that express purpose. I wanted native or native-like materials to immerse myself and force myself to listen intently and extensively, so that I get to practise breaking down long stretches of speech.

At last I settled on SBS Italian: the Australian radio network produces short news report podcasts in an amazing variety of languages (geared towards immigrants in Australia). My only gripe? Their Italian team pumps out a ton of episodes every day, and I had to filter out topics that didn’t interest me (e.g. sports) or were too Australia-centric (e.g. regional politics). Not that it was their fault.

Speaking practice: I did it! I looked through several Italian tutors and tried a couple of lessons. And…sadly, that was it. I had two lessons, then my travels forbade me from doing more. I did try some new formats though: a teacher prepared a series of short exercises and cycled them one after another. It was exhausting, true, but it was refreshing compared to the casual conversation that I’m used to and was expecting. It was more focused on specific topics or skills.

Vocabulary: Did I mention I completed the Duolingo French-Italian tree? Not that I remember much from it.

I spent around two weeks in the university town of Pavia, after a couple of days in Milan. And I must admit – the experience was very, very different from what I was expecting, language-wise. 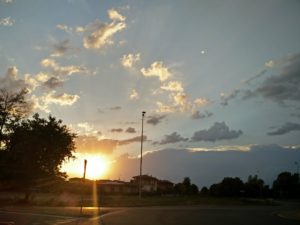 Ordering stuff usually the part that language learners are most prepared for. You look at the menu, figure out what everything means, say what you want, then say please. Thankfully, Italians are relatively forgiving towards mispronunciation (when the context is clear, of course – for example, when I was ordering a fruity milkshake). Everything usually goes great, until they ask you for details and you don’t understand. Or they speak English (which happens less often in Italy). I’m not sure which is worse, but getting through these experiences helped with my confidence a lot.

There was this one time I was queuing for the milkshake that I mentioned above, eyeing the different fruits and muttering their names excitedly. The thing with Italian queues is…well, they don’t look like queues. It was supposed to be my turn, but some random family arrived and made their order instead. I would say “hey I came first”, but then I couldn’t find the words for it, and the shopkeeper didn’t speak English. Thankfully some kindhearted lady helped me out of the situation (and I understood what she said in Italian, which is why I can write about it and thank her here). It’s little things like this that make you feel that you being unfamiliar with the culture threatens your language immersion experience, forming a vicious cycle and hampering your confidence. (Or is it just me who is too scared of acting like a self-important tourist?) That’s why I never begin language immersion before I attain a decent level. But I digress.

Another thing I didn’t enjoy about Italy was the fact that, well, I was in a touristy city (Milan) in summer. There wasn’t much Italian to eavesdrop on around me – which is possibly my favourite kind of language practice. I just chuckled whenever I heard my mother tongue in places where I least expected it. Of course, this couldn’t have been helped. The real disappointment came when I arrived at our festival in Pavia, and the vast majority of the participants, including the faculty, turned out to be American. I supposed I shouldn’t known ahead, but that honestly came as a surprise. The good thing about this: I was able to engage fully in musical discussions in the language I’m most comfortable in, plus the fact that it was possibly 10x as many Americans as I had ever met before. The downside, of course, was that I wasn’t able to use much of the Italian I’d acquired so deliberately…but if I had to choose between fully enjoying the festival and language practice, the former would undoubtedly have to come first.

Back to my goals

What were my goals again?

Did I manage these?

When I think about my experience in Italy as a whole, it was definitely worth it. It wasn’t exactly what I’d expected, but in retrospect, I’m not sure I knew what to expect. But there’s one takeaway that I’m confident I learnt: Italian wine is absolutely A M A Z I N G. 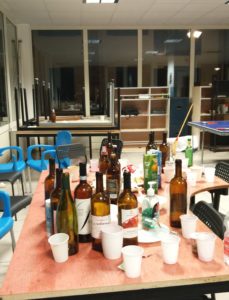