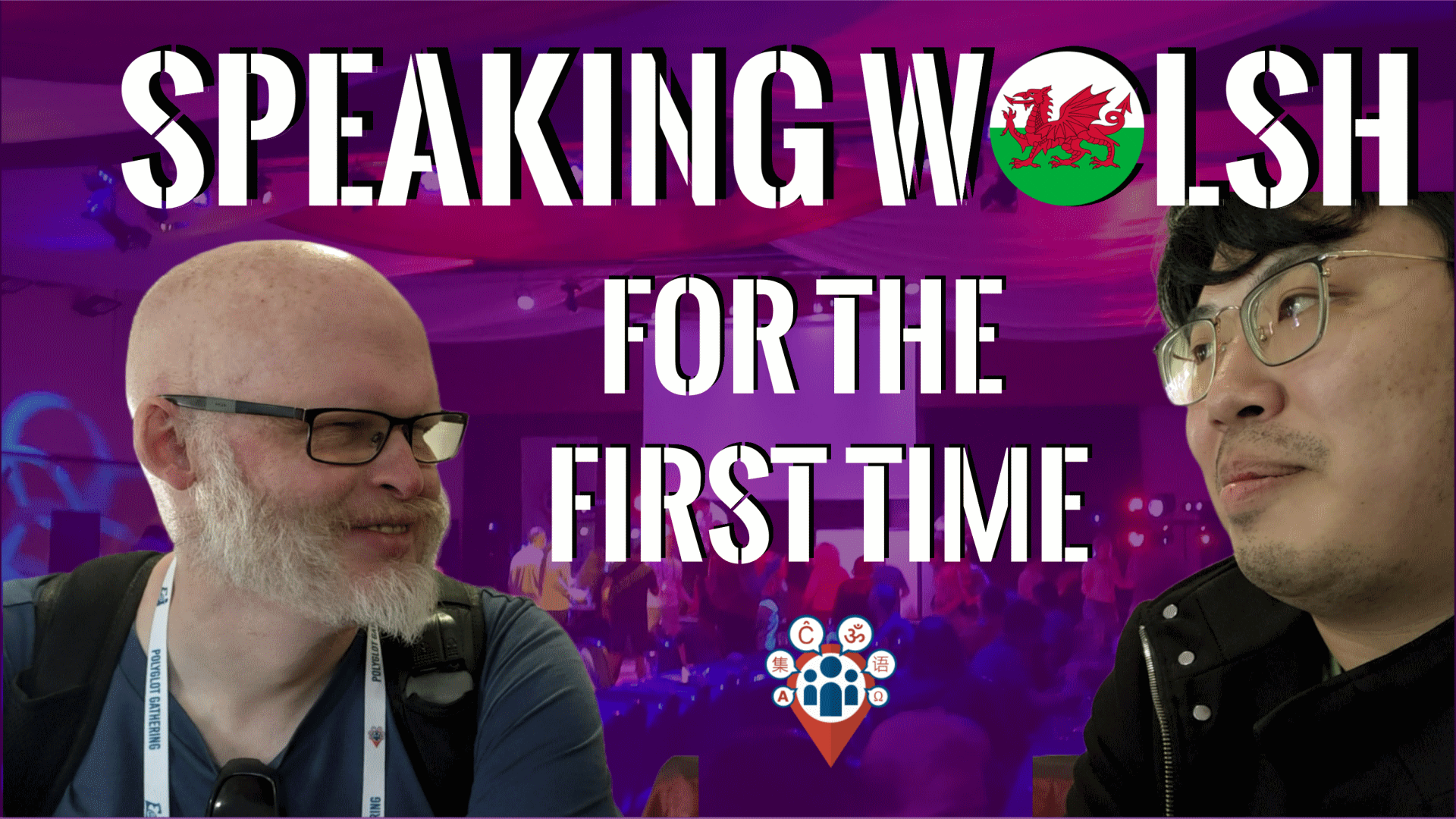 Why did I end up talking about immigration with Richard Simcott, one of the best known polyglots?

Can Europe has its own common language?

Why is it important to learn indigenous languages?

What languages do polyglots and language lovers sing in?

It’s the second day of the Polyglot Gathering 2022! In addition to many interesting talks, what else is happening?

So I spoke to the one and only Richard Simcott!

Hello – Hello, How are you?

Today is the second day. Because I couldn’t take my shaving supplies on the flight, and there’s absolutely nothing to buy in the vicinity, so for the upcoming days, I’m screwed. I don’t know how I’ll look like by the end of this event.

Last time, I showed you a talk about making a dictionary. Today, they’re putting that into practice!

Hello, do you hear me? I almost forgot I had this mic. After I set off on this trip, it’s been doing some weird things. Sometimes it cuts out randomly, now it’s started…It keeps pressing the shutter button on my phone. So if I open the camera, It immediately takes one or two hundred pics in one go; or while I’m filming, it randomly stops the recording and starts over. So, well, let’s see…I’ll use it for now, and ditch it if anything goes wrong.

I won’t be talking much about the talks today. If there’s anything interesting, here we go!

Apart from listening, we also get to debate some social issues related to languages.

I doubt that it’s an achievable goal. And when I say yes, I think the common European language needs to be made more neutral.

I can speak…yours language? Your language – Your language, thank you. I’m getting nervous, but still, I will try. Good job!

Do you speak Welsh often?

I don’t use Welsh at the moment. At this Gathering, a bit. But I live in Skopje, I can’t use Welsh in Skopje at all, only on the internet.

Is it important to you to learn Welsh?

The most memorable thing today was to speak with the one and only Richard Simcott. We spoke for a long time. You’d think we’d chat a lot about languages, but we didn’t. We talked about UK immigration! Turns out he used to work with something related, so he’s very familiar with immigration and related laws.

After sharing food yesterday, today’s expo shows us what these language enthusiasts are doing with their languages. Isn’t all of this exciting? If so, remember to subscribe, to see what other activities are yet to come, and who I’m about to talk with!

I charged my phone for a reason.