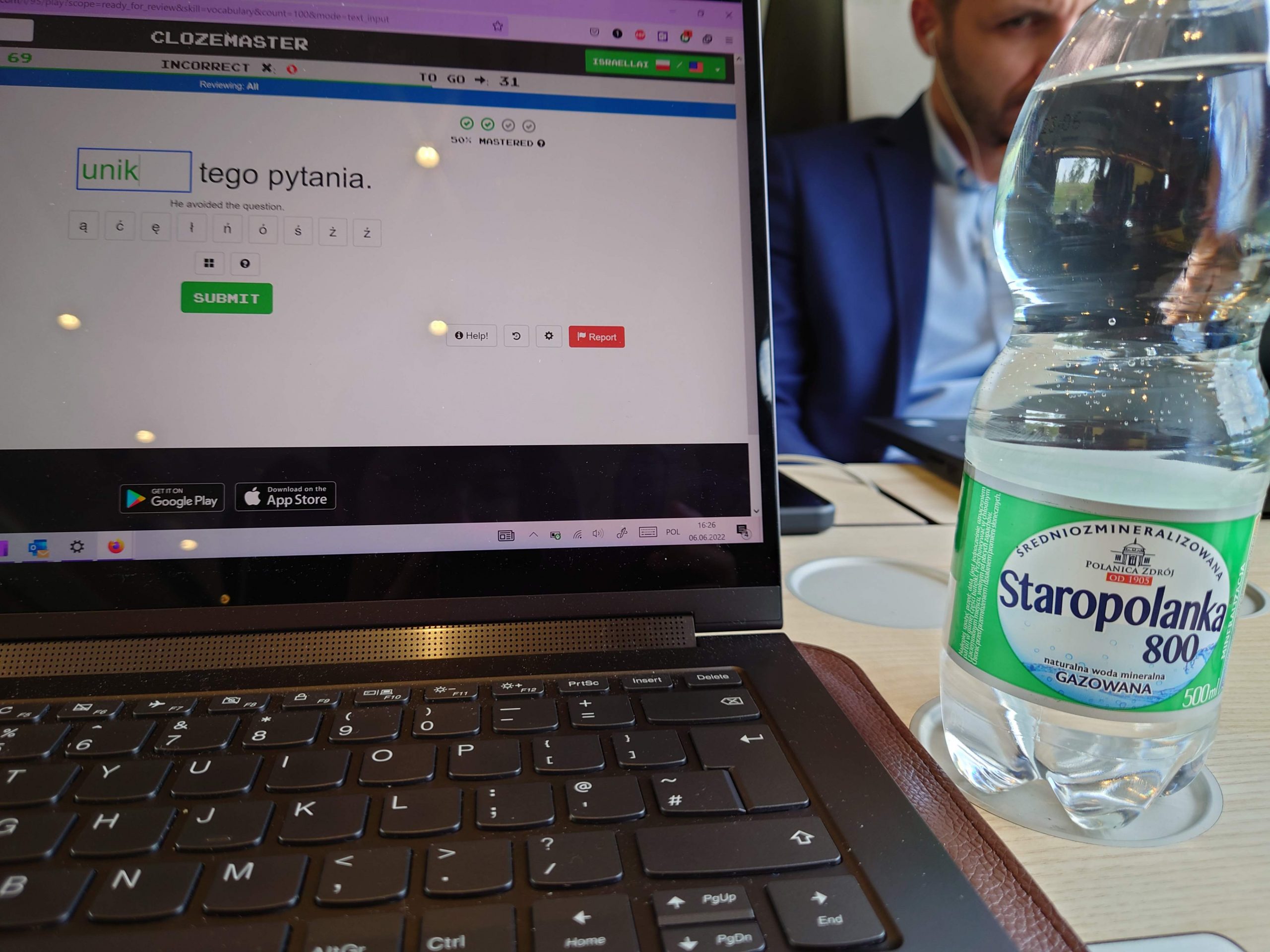 Somehow my first year as a doctoral student has come to a close. That terrifies me.

So I decided to channel that dread… into a vlog.

…except editing a video takes too much time, and I already have a stack of wayyyy more interesting travel vlogs to edit. So this is now a blog post.

So in terms of the blog channel, what you first need to know is… I got pretty burnt out, after editing the Canto Learner Highlight interview with Christian.

There was so much good stuff, and I spent too much time trying to cut down the length, before giving up.

And then came the subtitling process, and if you haven’t done it before, take my word for it: subtitling in two languages takes a shit ton of time.

So yeah, that last part is the main thing that threw me into a long hiatus after uploading that video. But there are a lot of other (interesting) things too.

So let’s start with what I’m actually doing.

I know what a composition PhD is…I think

It’s taken me a whole academic year to figure this out. Which is odd, because you’d expect a PhD student to know what they’re doing before they start.

But what can I say, practice-based research, or practice as research, is a nebulous concept, even for fellow researchers.

In fact, as I gradually go to more social events for researchers, I’m finding myself having to explain this more and more to my now friends. Because — obviously — research is when you look into a question, and then write words to tell people what you learnt.

How do you do research without words?

Well, for one, we do write words, just a lot fewer than most of our counterparts. But yes, we mostly write musical notes.

I find myself increasingly using cooking as a metaphor.

So a ‘regular’ PhD would usually involve setting a research question, finding research context, some way of generating knowledge, and finally discussing the results.

You look at what other chefs have attempted before, and how their results have turned out. That’s the context.

Then you do some actual cooking, and at the end, you tell people whether you’ve achieved what you wanted.

That’s basically what we do as composition researchers. Yes, that’s quite a bit removed from the conventional imagination of research… which is why it’s particularly hard for us to get funding from non-musical funding bodies.

Anyway, ever since I had this figured out (even though I’m still feeling like I’m working it out), I’ve had to rework my entire research proposal, from when I applied for the degree. Yes, I actually revamped my PhD after starting it. Changed the focus and everything.

Now, I’m focusing on density in music, how that interacts with other things in music, and how I can use that to express the experience of living in one of the densest cities of the world.

So that’s what I have been up to. Which sadly isn’t much, because I spent most of my time reading things. In fact, I haven’t even written enough music for the year, which is what’s been worrying my supervisor.

And that came to a head in early June, when I had my biannual meeting with the university panel. That’s when my supervisor and some professors talk to me and decide how terribly I’m doing. And this one was the most important one in all of my PhD, because it was the best time for them to kick out lacklustre students (you know, like me).

How did it go?

Well, despite me telling everyone I was going to get kicked out, I didn’t. At least I managed to finish my planned work by the end of May. But they did voice their concerns and made me guarantee to catch up over summer.

Well good news: I have a festival coming up after summer, which means whatever else I do, I’ll have had to finish two new works by then. So… we’ll see.

All I have to say is… the composition industry is a pretty brutal one, probably wherever you go. Perhaps I’ll write more on that later, when I actually get somewhere…

Life goes on / Life gets in the way

What I have been up to, other than studying music and running my channel? Well…

If you’ve seen the interview with Christian, you might have noticed that the background is a bit different from the usual. There was an ugly blue-green wall, instead of the usual white or ugly orange.

That was when I, for complicated reasons, moved to another room in my house for a month.

And indeed that would be the last you see of that house. In fact, soon after filming that video, I would prepare for my big move to Manchester.

That was after a year and a half of living in Birmingham, and unlike in my previous student days, I lived there with the mindset of not moving anytime soon. Add to that the equipment I’ve acquired for my YouTube channel, and you can imagine how much I had to move.

So the interview was mostly edited and posted in Manchester. I’ve been here for a few months now, and I’m happy to say that it feels good to have a place that I know I’ll be in… at least for a few years.

Uni exams as a PhD student…?

The move also makes for a good conversation topic. I had my British Sign Language exam the week after moving, and housing is a big topic in our syllabus.

So you know what that means — I talked about it a lot in my exam!

It was honestly a great experience. If I were an undergrad, whose mark depends on the course, I might have played it safe and stuck to the simple things. But no, I paid for this course, and I didn’t really care about the mark. So I had fun with it.

I prepared all the vocabulary I would need, and answered the questions in the most expressive way I could… as you should, in any sign language.

When the scores were out, everyone in our class WhatsApp group was asking about my mark, for some reason. All I can say is I got something I’m pretty happy with.

Did anyone tell you making videos took a lot of time? From planning to filming to editing to subtitling (because I’m nice and want to help people learn languages) — that’s easily a week gone. It was much easier during my gap year, obviously, but now this and my studies are starting to interfere with each other.

I mean I know why people pay others to help make videos. I’m just… still very, very far from the point where YouTube can be anything but a hobby (read: waste of time), and also… I like to have control over my work.

So if you want to help me put more time into YouTube — help spread the word, or buy me a cuppa!

Anyway, this May I decided I really needed to focus solely on my studies. By that I mean not just a full-time schedule, but also spending my free time on my work.

And I think (I hope) it paid off. I wouldn’t say my latest duo is the best thing since sliced bread, but at least it’s something I can be proud of.

And then there’s the events. May/June tends to be the language event season: in fact, not only has the Polyglot Gathering happened this month in Poland, but also the ExpoLingua thingy (mainly for people selling language things), happening right now as I write.

Of course, there’s also the online Polyglot Gathering in April. Because after two years of online events, they’ve decided to organise both an online one and an in-person one.

Imagine being me, someone who’s really eager to give a talk at these events. Which one to choose? Should I do the in-person one, for a more intimate touch, or the online one, to reach a wider audience?

On top of that, I also made it my language learning goal to give a talk in person, in Polish, in Poland. So it felt like something I can’t get out of.

So I submitted my talk to the online event and got accepted. As I started preparing, I realised: this is a lot of work!

In the end, I gave a talk on subtitles in Hong Kong, which I was pretty proud of. And I’m glad I had that experience, because when I got the email saying that my talk for the gathering in Poland was accepted, I knew what I was in for.

I knew how much work and time that would entail, not just to prepare and rehearse a talk, but also in Polish (as planned). I knew I couldn’t possibly juggle that with my studies.

So in early May, I sent an email to cancel my talk.

A little bit. Especially when I learnt that the little mic on the participant badge meant that speakers had their own special networking dinner on the last day. Felt like a special privilege. And even more so, when I realised that the very last language quiz (WHICH I WON) would be questions set by the speakers.

But I’m also glad. I’m glad I cared for my mental health. I’m glad I didn’t bite off more than I could chew, or worse, sacrifice my studies for my hobby. I’m glad I was able to truly relax, and for the first time in ages, have an actual holiday, where I didn’t do anything I would consider ‘work’.

Yes, that means a lot of things I do on this blog and this channel were put on hold. I skipped a video to work on my talk. Skipped another for my studies. Also had multiple delays on our podcast schedule, for different reasons. And that’s okay.

It’s summer, I’m back, and while I’ll still be focusing on my music composition, I’ve learnt the importance of unwinding and balancing different facets of my life. And of course, stay tuned for a barrage of vlog, coming to a subscription box near you.