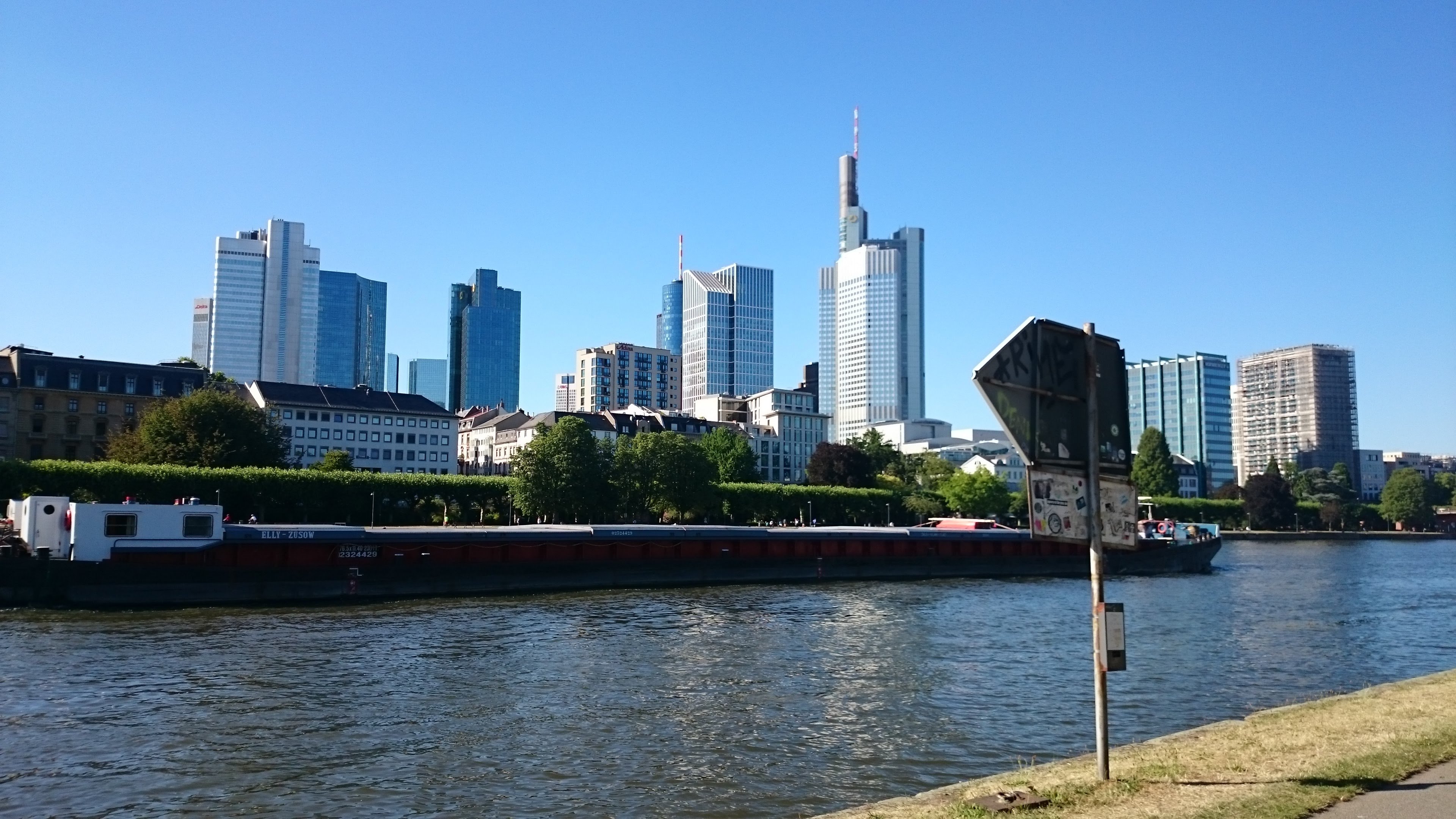 Everyone who heard I’m going to Frankfurt says I shouldn’t spend more than a day or even go there at all. Despite all this, I ended up spending two nights there – granted, one night more than I planned, but I found out that this city is not all about the airport and the commerce; it also has some treasures to offer to tourists. These might not suit all visitors’ interests, but hey, isn’t that true for all tourist spots? Read on and you’ll see what I, coming from quite a similar city – Hong Kong, found worthwhile in this commercial centre.

Today was sightseeing day! I think it’s my first time sightseeing alone in Germany, having been accompanied by a new acquaintance in other cities. After having spaghetti with my host and bidding him farewell, I quickly booked a hostel for tonight. That’s my style – doing stuff last-minute on a whim, or as we say it in Hong Kong, deadline fighting 😉

With all my belongings on my back, I first went to the big and prestigious Städel museum: Frankfurt’s #1 art museum, and one of Frankfurt’s many along the river Main. Yes, Main is a river and not the name of a station or something, in case you don’t know yet 😉 The Städel is also, in my opinion, one of the overly large museums for tourists. It had several floors, and I only made it through the regular exhibition on the top level during my stay. It was like doing my music history all over again, but in terms of visual arts…quite absorbing. The museum also had free WiFi, so make yourself at home! I received the notification that I could store my luggage at the hostel, Five Elements Hostel. So I did – it was a long way, and I explored this ‘red light district’ (a clear warning they’d given me), for the first time in my life…

After a large detour in search of the nonexistent street market (and having a nice big Würstbrötchen), I changed my route for the museums – the row of buildings on the southern side of the river Main, since I’d bought a MuseumsurferTicket pass for €10 (regular adult price €18), which includes access to 34 museums (i.e. basically all) over 2 days. I started with the Film Museum, which I highly recommend to any audience, including film music enthusiasts! It goes through the different aspects of filmmaking as well some history, including hands-on games for you to try out. The temporary exhibition about computer games from films is also quite some fun. The Weltkulturen Museum (world cultures museum), which didn’t interest me with its native-style paintings, though for a musician it did give me some sounds in my head. Deutsches Architekturmuseum only let me see the ground floor at 17:40, including large collections of specific architecture projects; also for a specialised audience. Even the Museum für Kommunikation let me see one floor for 5 minutes. As the sun hung in the sky as bright as ever, I sat on a bench by the river for some time and returned to the hostel. At night, thanks to the extra time I had to spare in this ‘boring’ city, I struck up conversations with people from all sorts of places, some even through Pool (a game I’d never played). And I realised walking through the red light isn’t that scary after all.

I continued my museum quest after a good refreshing night and a casual, long breakfast. I stayed so long that I bade one of my new friends farewell and had my first German conversation on musicology with two Swiss opera fans, i.e. mostly just nodding my head whenever I hear a composer’s name. Somewhat harder than an oral exam, but ten times as rewarding! 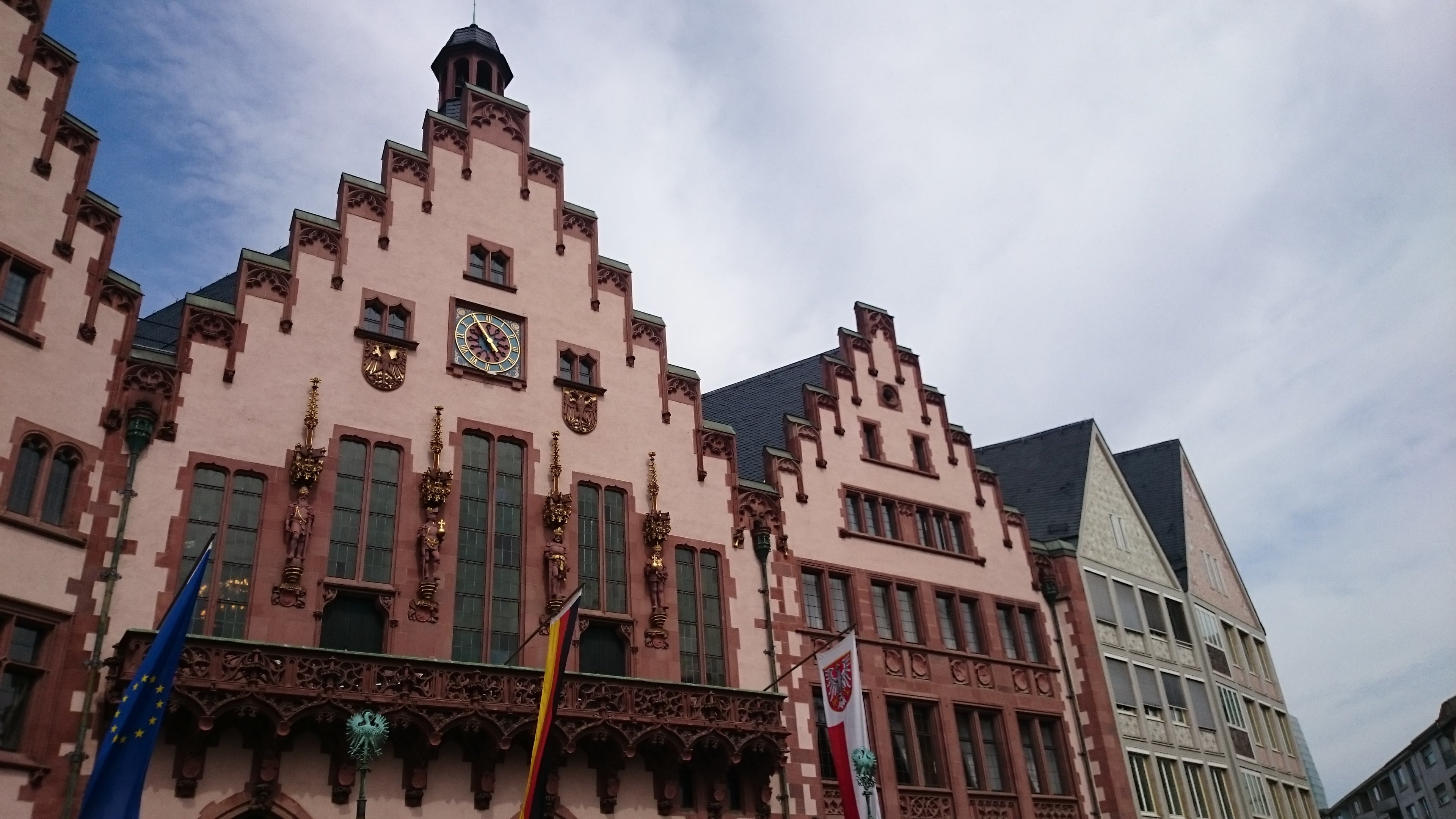 I started the day with the Römer, a landmark in the old town area. Beware though, as it’s not exactly eye-catching or easy to find, at least in my opinion. There was a somewhat hidden door to the Kunstverein museum, where a router (with extra security) is an artwork; I wouldn’t recommend it to cowards, especially the 2nd floor and the basement – creepy as **** when you think about it. Hint: they involve goo and ghostly installations. Nearby you can find the Caricatura (museum for humorous art), opposite the cathedral, and as the name implies, I find it pretty humorous; except don’t bring big bags like I did, because they wouldn’t fit in the locker as required. Instead I left for the Dommuseum, whose church-related objects look brilliant but might not be interesting. My last one, the Museum für Moderne Kunst, is one of those that make you scream ‘dafuq?’ (which I like). Ironically I’d recommend it to architecture fans, assuming I have good taste in architecture. I would fancy a look at the Goethehaus, which I don’t know why I hadn’t done already, but I made a totally unnecessary decision to catch the 2pm train and hence had to do a running man all the way from the museums to the main station. 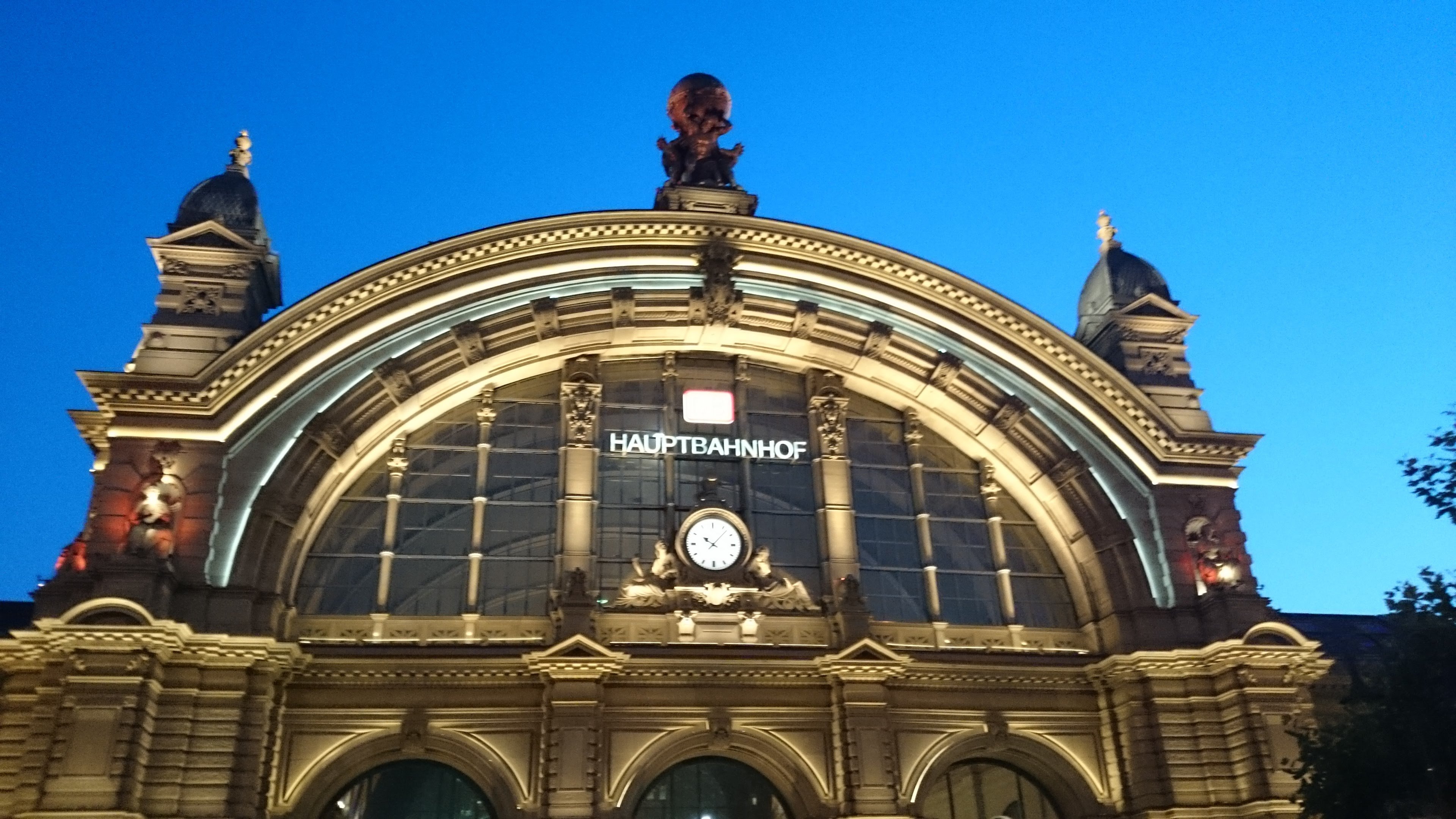 Did I mention I didn’t use any public transport in Frankfurt? As a tourist, basically everything you’ll want to see can be reached by foot (at least by mine – it depends on how accustomed to walking you are). Most are around the river, which isn’t far from the main station, while some are a few blocks away. It’s another story if you’re coming from the airport, of course.

Some concluding thoughts? Frankfurt is well worth a day or two if you love museums, and if you do, do get a museum pass for the low price and remember to go early to get the most out of the day! There are simply too many of them. It’s also a fun place to meet people, if you stay at a hostel: at mine there was a free beer tasting session the evening I was there, as well as cheap barbecue food. But some are right: this isn’t a particularly pretty city by German standards (rather like Hong Kong, I’d say), and if you’re coming for sights, you’ll have to think twice.