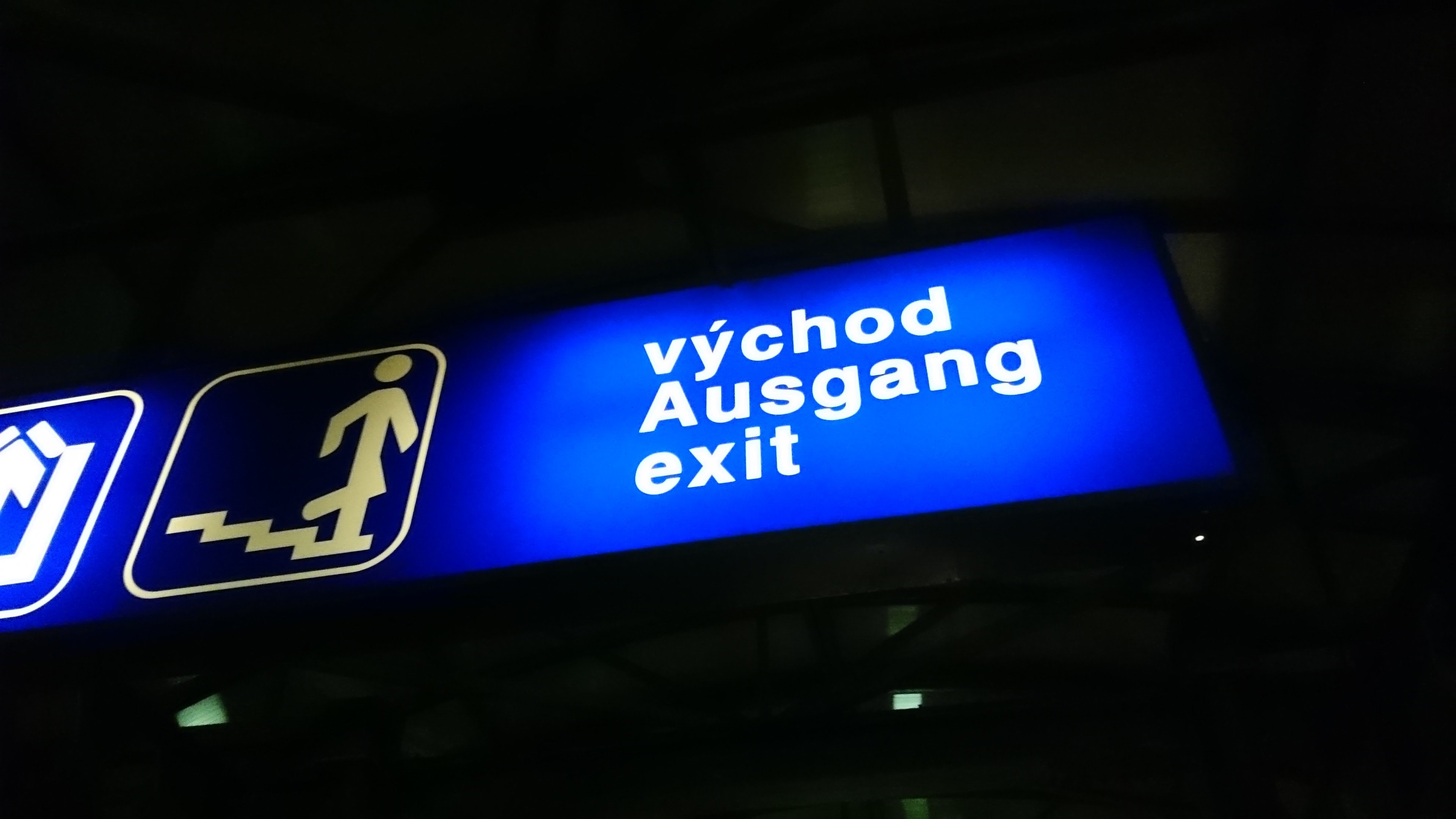 After documenting around a week of my journey – granted, at a terrible pace – I’d like to take a short break from travel blogging. Instead, I’ll write my first blog post on language learning here! Fact is, I’ve been taking some time to settle in Lund, Sweden, after 1.5 months of non-stop travelling. Now that I’m not gonna be back in Germany again any time soon, it’s time to reflect what I’ve gained linguistically – and I still can’t believe how much my German has improved compared to two month ago, especially in the spoken aspect. Therefore I decided it’s time I jotted down a few thoughts on what I did right over this period to kick my skills up a notch, and hopefully help you gain some insights too.

What I had done wrong before

I stayed in Vienna for a month last summer as well, while I did my German summer course at the university, and I can tell the ‘immersion’ definitely didn’t help my German significantly. What I did was what I’d call semi-immersion. I was undoubtedly immersed in a physical German environment: whenever I read signs on streets and in the U-Bahn, I learnt the words and practised my pronunciation to myself. But I was isolated from the social German environment: I was enrolled in a German course, so naturally all the friends I made were learners as well; my apartment, where I regrettably locked myself in for a lot of time, was co-inhabited by a Serbian couple. The only German things I did outside class was probably taking part in German practice meetups, which were also attended by learners, so when I think about it, I only made friends with one Viennese during a month. I came to experience myself that being there doesn’t make you fluent – I would say something ‘clicked’ so German felt more intimate to me, but still, there’s no such thing as passive immersion.

What I probably did right this time

1. Attain a functional level before going

By the time I left for Germany, I’d finished the German VI course at my university – which still wasn’t a high level, if you asked me, but guaranteed I had gained regular and sufficient exposure to the language. In addition, I had done some reading and listening practice online, and seized every opportunity to read every German text I encountered in detail. What about speaking? Other than during the course, I simply left it for the immersion. And I’d say it did work. Thanks to this ‘functional’ level I had, I could dive straight into meaningful conversations in German without too much hindrance.

Before I left for Europe, I told myself I must get to know some Germans during this trip. I did all I could: I couchsurfed most of the way, almost exclusively with Germans, joined local meetups, and even struck up conversations with strangers while queuing or something. I realised that among travellers in the country, I was the odd one out: most tourists wouldn’t bother getting in touch with locals, so locals wouldn’t bother talking to tourists either. It was me who was responsible for opening these doors and building these wonderful friendships I ended up with.

3. Talk about things that matter

Let’s face it: what we learn in textbooks don’t really matter to us, personally. I mean, it’s basic and essential to say things like ich dusche (I take a shower) and er ist wütend (he is angry), but who would want to say these in real life anyway, other than made-up conversations in class? In contrast, as I shared my views towards friendship or music, and as I heard about people’s fantastic experiences in Asia, it was just natural to let the conversation flow; I spoke my mind, as if in my native language. Don’t take your conversation partner as a tool for practice, but a genuine person to share ideas with instead, and by forgetting you’re practising, you get the best practice for real-life usage. Which brings me to my next point…

For a realistic conversation to happen, we need to get the basics down. That includes, firstly, certain words that you don’t use much in textbook conversations but only in real ones, like pardon? and it depends. In fact I keep realising I’ve missed out on some of these in my newer languages, which inhibits the flow when you hesitate on something so essential. (Hint: in many languages, you never realise how hard it is to master not yet, already, …yet? etc. at first.)

Another part of the vocabulary that I had to master was, as mentioned above, what mattered to me. I’m a musician so that’s what I should be able to talk about when I meet other musicians, and I soon learnt to be prepared to talk about my family, my views on my city and what I love about Germany.

Besides, by conversing with a wide range of different people, I easily spotted topics that kept repeating over and over (how did you learn German so well? where in Germany have you been to?), which I could get prepared for, so that I no longer had to waste time hesitating on these answers and could proceed into more sophisticated ones like politics (I couldn’t believe I explained Hong Kong’s elections in German).

Definitely one of the ‘bad’ influences of Germany (says a German friend of mine): I picked up drinking beer there, and felt a slight influence of alcohol for the first time in Leipzig. And it somehow did wonders to my speech while I was chatting with a group of Germans and Swiss: I felt like I could speak very naturally, with my mouth just ‘flowing’. Apparently the boosted confidence helped foster this illusion, but the effect is that I realised how fluent I could potentially be. A warning though: it’s probably not a good idea to drink just for this purpose, and under alcoholic influence my comprehension ability (let alone ability to process grammar) was somewhat degraded.

What I could have done better

Off the top of my head, I’d say one of the major mistakes I made was my reliance on English. Whenever I couldn’t find the German word for something, I used the English word and asked for a translation from the friend. There are several disadvantages of this:

That’s why it would have been a pretty nice exercise for my brain to circumvent the missing word and rephrase it in German – after which, of course, I would ask for the correct word for that.

Being in the country is worth it

You might have heard that the almighty Internet enables us to connect to people all over the world to practise our foreign language skills with. I once believed that, and it’s true indeed, but actually going to the native environment and meeting people is a whole new level of experiencing and living the language. This July in Germany has been amazing for both my German and myself, and after wrapping this up I think it’s also time to rectify the mistakes I’ve made during my first week in Sweden!

I might have missed out on something that I’d done right, so if you have any suggestions, let’s see if my experience agrees with them! And of course, my journey through Germany continues on the blog 😉