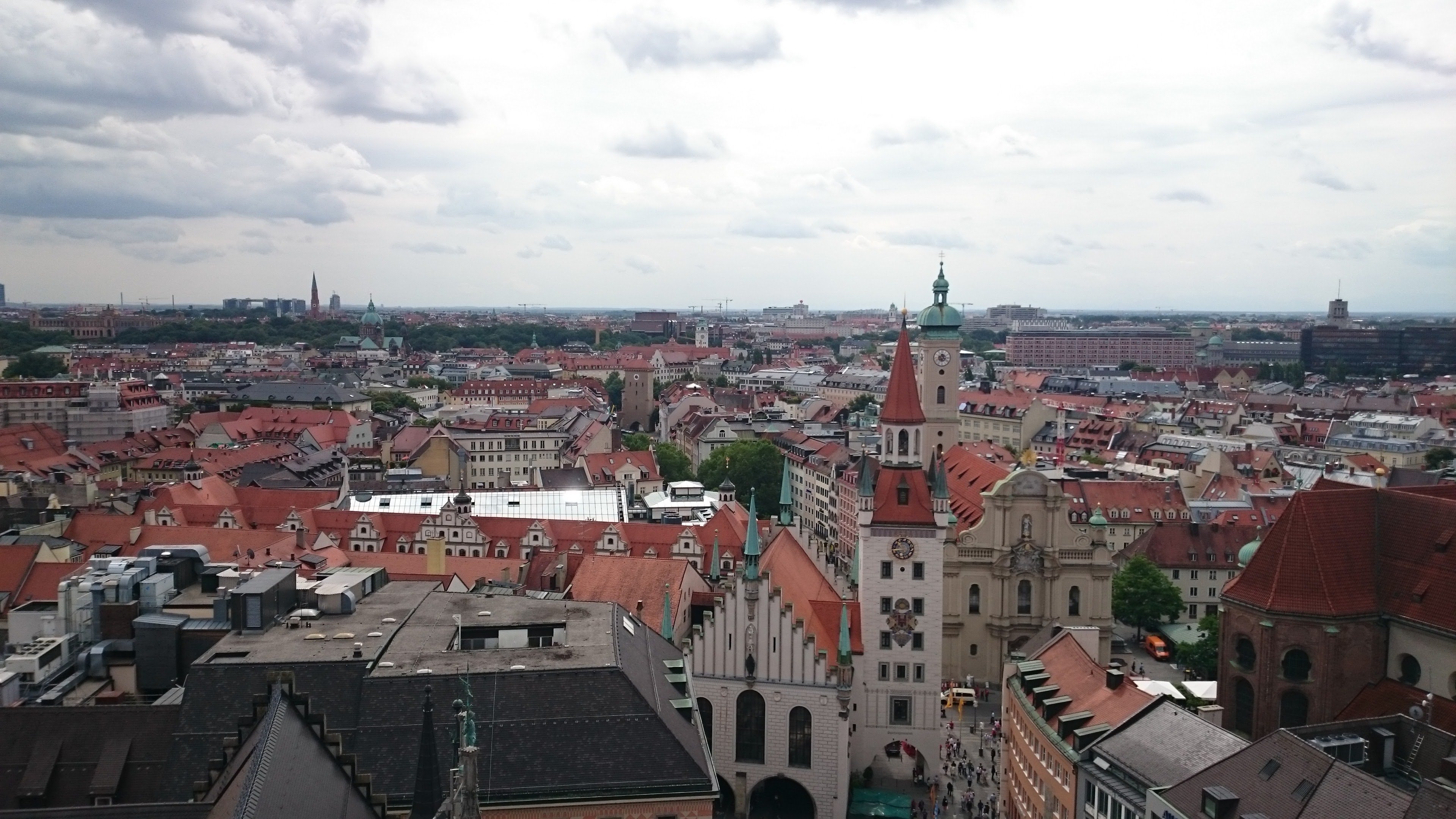 Wow, there we go – the first German metropolis I visited! (Wait, does Hamburg count?) I’d budgeted 4 whole nights for this city only second to the capital, so that I could either see ‘everything’ in time or take everything slowly. Well, ‘everything’ as in what everyone says I must see – I don’t really believe in that. I could reassure you though, I did honour the city’s fame: the first thing I did, after finally successfully arriving at my host’s home, was having a bottle of dark beer.

During the 3~4 hours on the train I took the time to read through the history part of my Lonely Planet (not sponsored). Germany has a lot of history to discuss – especially in the past century – which is very apparent whenever you visit or even read about museums in the country, but there’s something about the reunification, initiated by weekly prayer nights, that gets me every time; I had to look out the window to cool off the tears. Perhaps it’s about how a small community, a small action could make big changes in world history, as in the Chinese saying: a tiny spark can blaze through a field.

Anyway, I arrived in the land of Isar – which is the name of Munich’s river by the way, in case you were wondering where the “IsarCard” name comes from. It was already evening so I walked straight to my host’s place less than 15 minutes away (plus time spent finding my way). As I said, he started by offering me a dark beer and a nice chat, followed by a quick tour into the city centre as the sky started to darken. That basically included all the sights there, from the new Rathaus to the theatre and a nice little pavilion I could’ve played my violin in, but more on these later 🙂 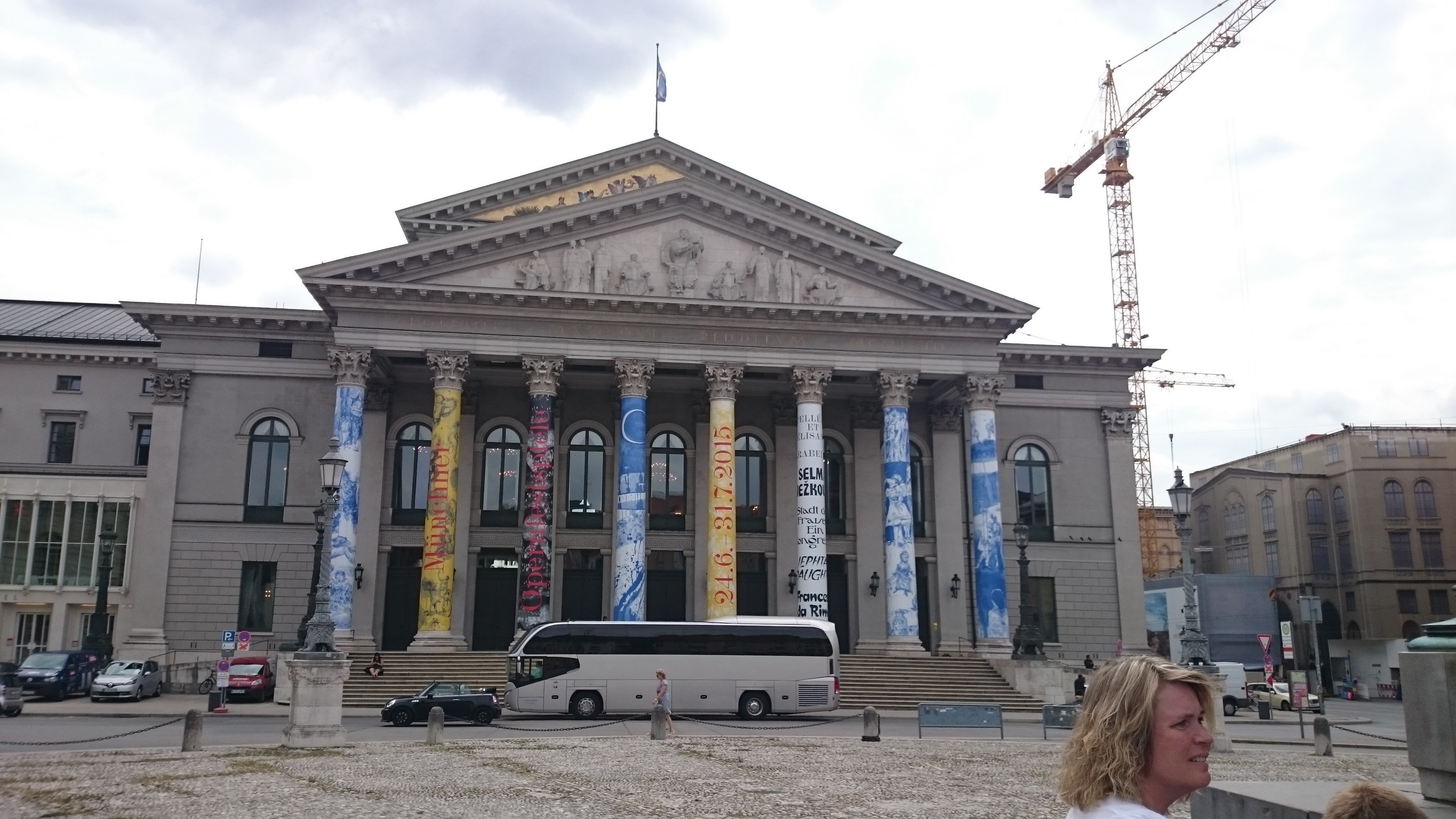 The next morning starts the real journey, which I began by taking the same route again, but on my own and in the daylight. Walking through the nearby Sendlinger Tor, a simple medieval gate, the Neues Rathaus was my first stop because of its gorgeous architecture. I was just in time for the largely overrated (according to a tour guide I overheard) Glockenspiel: it was basically some figures going round and round. The interior was quite confusing, and probably not intended for sightseeing either, but once I found the lift to the tower (yes, it’s one of those again) I didn’t hesitate to go all the way up. Sadly this wasn’t one of the taller panorama towers, so the view wasn’t as impressive as certain other cities, but for €1 (student) what could go wrong?

But the real hardcore sightseeing came after this and the Hofgarten (just a small garden by the palace – we’ll look at the big one later). The Residenz comprises the main palace, the treasure chamber and the Cuvilliés Theatre all in one go, and it’s one of those with free entry under 18. And I can tell you the large and somewhat exotic collections in the treasure chamber and the long hall in the palace itself are worth it, not to mention even more goods of all kinds and the creepy ornamented containers of human bones (yes) – the entire round tour is one of those that just never seem to end! 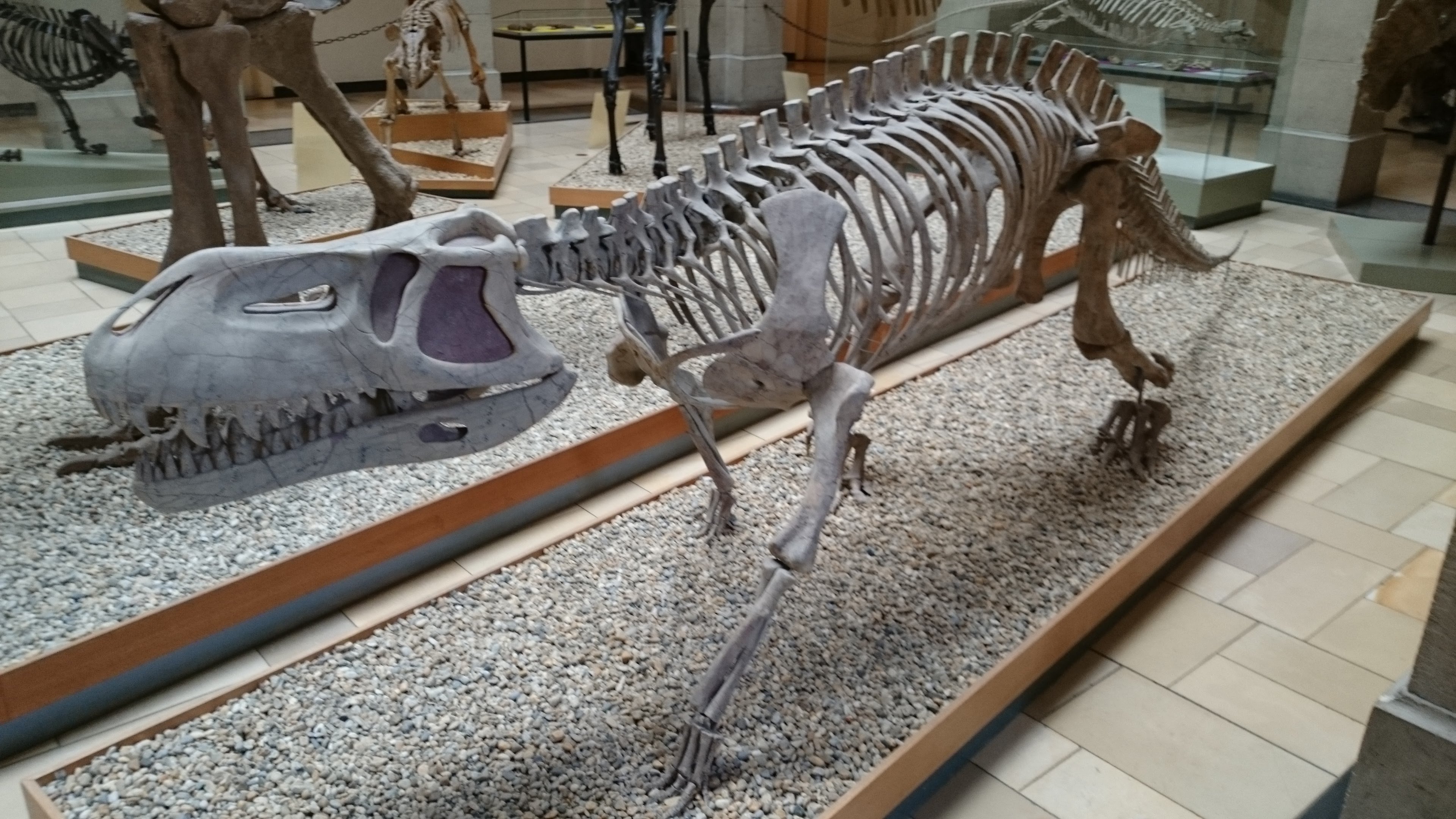 It took me so much time just to get a glimpse of everything that it was already late in the afternoon when I was done, when many attractions were soon closing, German style. But as a dinosaur fan since youth, I insisted on going to the Paläontologisches Museum anyway, which is coincidentally on my favourite street, Richard-Wagner-Straße 😉 (You’ll have to turn left, I think, into this street from the bigger one, in case you’re looking, just to avoid a detour that I took.) It’s situated in a museum area, though I didn’t know by then. Bad news was it had closed at 4pm, which I’d missed, while the good news was that the museum was actually the main hall inside a university department so I just walked in (shhhh). It was small but nice; above all it’s free, so again, what could go wrong? And while you’re in the vicinity, do at least snap some photos of the other elegant museum buildings even if you don’t plan on going in – it’s like being literally surrounded by an ancient Greek settlement. 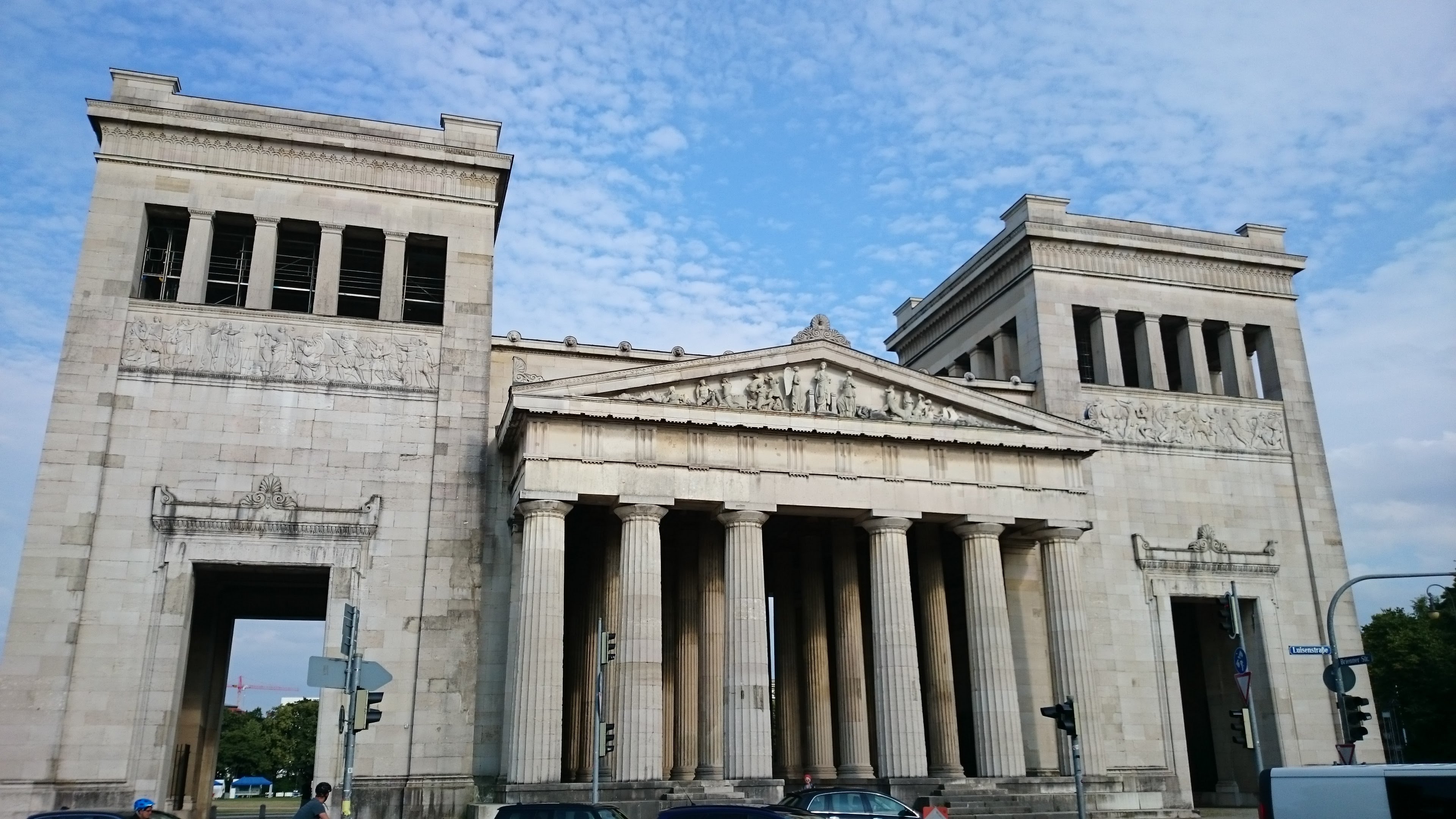 Passing by the infamous Theresienwiese, home of the Oktoberfest, I walked a loooooong way to join a CouchSurfing meeting. For obvious reasons I tried to join a German conversations, but as I remember it didn’t work out: I was bored to death, both by what I didn’t understand, and what I understood. But later in the night it got better: I met people whom I could have an interesting conversation with, and even someone who invited me to go busking together. That was incredible. I daringly stayed till 1 at night for the first time abroad 😛 But if you’re planning to do something similar, take note of when the last train leaves!!!

That night, though, I was unable to solve my upcoming problem: lack of accommodation for the coming two nights. But like a man, I sent out several CS requests the next day and headed for the famous English Garden. Warning though, it’s unreasonably HUGE (took me hours to do a straight line through half of it) and depending on your interests, possibly boring. Just several points of interests I found interesting. 1. the wave-surfers: despite the long creek, this is a very specific point that you’ll have to look for. But very interesting to watch them surf, fail, and go again. 2. the pavilion: on a small hill you can see most of the garden and a bit beyond. 3. the Chinese tower: it’s just a tower, near which you can have lunch or something. Don’t be fooled by the name though, because it’s not Chinese but typical European food. That was where I fell in love with the Bavarian Leberkäse (meat loaf), which tastes just like our ham but better. 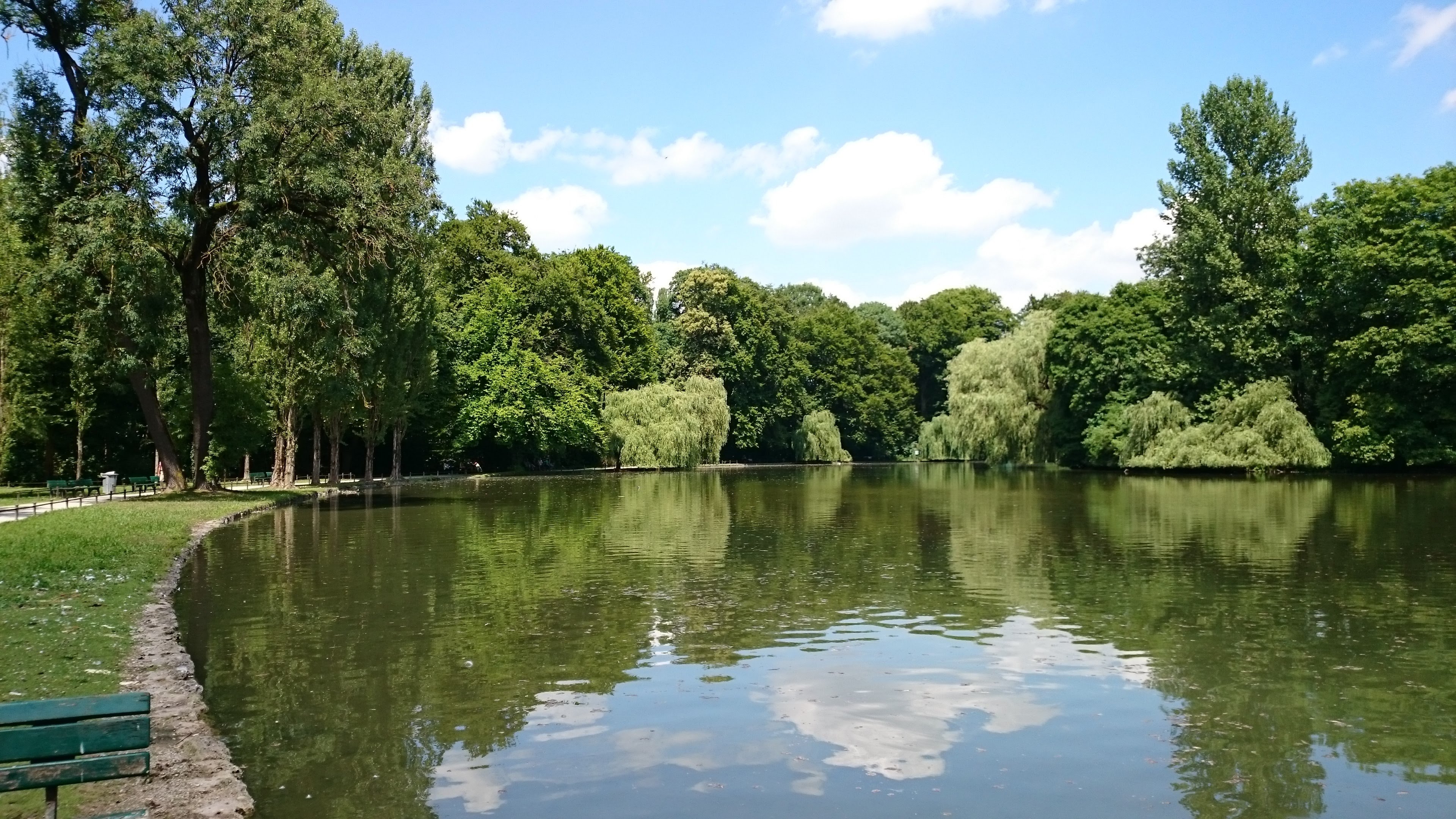 Last but not least, I arrived at the Kleinhesseloher See/Lake at the very end of the southern part of the garden, which was a decent place to relax and enjoy the sight of swans on the glittering water – something we unfortunately don’t often have… And having finally settled my accommodation problem (I got some luck, man) I could travel from the chic Münchner Freiheit metro station to my next stop in a carefree manner.

P.S.: I’m considering, as you may have noticed, increasing the photo/media-to-text ratio in my travel blogs. Personally I would’ve preferred fewer photos, but since I’m not the reader here, tell me what you think 😉