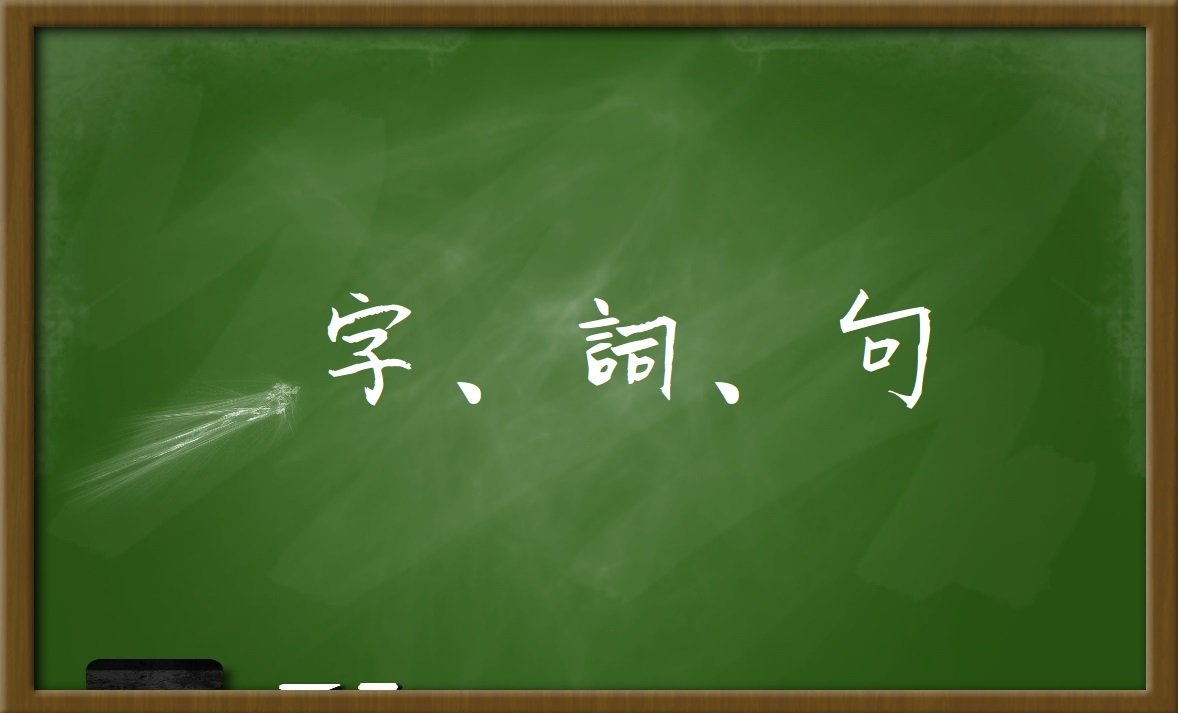 Funny question, isn’t it. A word is the thing in a text that stands between two spaces.

But as you know,in Chinese languages you don’t write spaces. And if you caught up with my introduction, the structure of a text and how we look at it differ quite a bit from the alphabetical languages we’re all so used to.

We in bilingual schools end up with a lot of inconsistencies in what a ‘word’ designates in Chinese writing and speech – though no real confusion – especially when writing essays. I don’t know about foreign schools, but our exams always had clear word limits: “around 800 words” for an essay, or maybe 200 for a shorter question.

In our daily conversations, a ‘word’ (when talking about Chinese) would refer to a character (字 zi6). That’s probably because it is a much more easily countable unit. Speaking of counting, we confusingly use two different counter words for characters: the general counter 個 go3 and the animal counter(?!) 隻 zek3. The choice between them is really context-dependent. When counting characters in an essay, we would use 個, which is ever so slightly more formal, since it coincides with the written (Mandarin) usage. When it comes to bigger numbers, we can even omit the counter. 隻, other than being more informal, lays more emphasis on individual characters or a smaller amount than a collection.

Yet when studying vocabulary, where a word is a less separable whole, which amounts to one complete meaning. Just like words in alphabetical languages indeed. In this case, a proper translation would be 詞 ci4 or 詞語 ci4 jyu5, both with the same meaning. There are lots of different types of vocabulary we had to learn: the hard ones were always 四字詞 sei3 zi6 ci4 (four character word) and 成語 sing4 jyu5 (to-form phrase) i.e. the infamously numerous four-character idioms. The fun ones are usually with the 疊字 dip6 zi6 (overlap word) technique, such as 開開心心 hoi1 hoi1 sam1 sam1 (open open heart heart) i.e. very happy, or 紅扑扑 hung4 bok1 bok1 (red [meaningless] -) i.e. very red.

But as I said, things always got more complicated when we had to apply our terminology to foreign languages. In English class, we read texts and learnt 生字 saang1 zi6 (raw character) – vocabulary items (more literally, new ones). (Note that the written counterpart to 生字 is 生詞, “raw word”, which kinda makes more sense.) In the previous generation, 生字 referred to vocabulary in any language, but even though it still can, we usually use it to mean foreign (English) vocabulary, since it’s more unfamiliar (生). 詞語 has a relatively literary connotation.

Speaking of foreign languages, here’s a little bonus: back in the days when Hongkongers/Chinese didn’t speak English very well, we had a term specifically for this incomprehensible, alien text! We called it 雞腸 gai1 coeng2 (chicken intestine) because of the wiggly letters. Incidentally, 雞腸 is of course yet another of our (less common) dishes, not unlike many other ones in my previous post.

Now that we’ve familiarised ourselves with how to talk about words and characters, let’s look at some colloquial idioms or usage related to them! Since the times where people were less educated, we’ve been using illiteracy as a metaphor for other things. The best two examples would be:

Following our theme of illiteracy, let’s look at visual impairment. Not actual impairment, but as a way of mocking your friends. With the added fun of a simile!

雞乸咁大隻字 gai1 naa2/laa2 gam3 daai6 zek3 zi6 (chicken female so big [counter for animals] character) A character (sometimes several characters) as big as a hen. (Note that we use the animal counter not because of the simile, but to emphasise the individual characters.) That’ll be a way of saying someone missed an obvious detail or piece of writing – or 眼大睇過龍 ngaan5 daai6 tai2 gwo3 lung4 (eye big see past dragon -> excessively), to miss an obvious detail (because of an overly large eye…nope that doesn’t make sense literally).

Before we move on, here’s something related to yet another impairment: speech impediment. The slur. We don’t even have a character for this word; we just say loe2, usually written as lur. (Suspiciously similar to the English word.) It can be an adjective, adverb or verb:

After talking all about characters and words, let’s move up a level!

Clauses and sentences are all called 句 geoi3. We don’t differentiate between them in daily life, other than the geekiest of grammarians. This is mostly because of the liberal use of commas in Chinese writing: we keep using commas until we feel like an idea is fully expressed. That sometimes turns out to be one full stop per paragraph. And instead of tacking on smaller clauses to the main clause, we just chain a bunch of individual sentences together!

But 句 isn’t strictly sentences; it can sometimes translate to words. Why? See the example below.

Indeed, 兩句 (two sentences), or 幾句 gei2 geoi3 (several sentences) can be a general expression for…some speech. (兩 here is used to represent an indefinite amount, like certain other numbers – a story for another day!) To give another example, if you are to make a speech, you might be introduced with 我哋請___上嚟講句吖。ngo5 dei6 ceng2 ___ soeng5 lei4 gong2 gei2 geoi3 aa1. (I [plural] -> we invite __(name) up come talk several sentence ah.) Let’s invite ___(you) to the stage to say a few words.

點解我只係講咗一句半句，你哋啲男人就覺得我施壓？dim2 gaai2 ngo5 zi2 hai6 gong2 zo2 jat1 geoi3 bun3 geoi3, nei5 dei6 di1 naam4 jan2 zau6 gok3 dak1 ngo5 si1 ngaat3? (how explain -> why I only ~ talk [past] one sentence half sentence, you [plural] these male person -> men then feel ~ I exert pressure) Why do you men feel like I’m pressuring you even though I’ve only said a few words? (Best response: because these few words always imply hundreds of other meanings…)

Before we end this exploration, let’s look at yet another expression with a different number of sentences. This time even with a comparison! Imagine trying to start a peaceful conversation with your archnemesis. You aim to speak three sentences to him/her without getting into a fight. You tried, but two sentences later…you have a row again. This is how the expression goes:

What happens after two sentences? You decide! You can 鬧 naau6/laau6 (tell someone off), 鬧交 naau6/laau6 gaau1 (get into an argument), 打 daa2 (beat i.e. have a physical fight)(hopefully not), 反面 faan2 min2 (flip face i.e. be on bad terms), etc.

It doesn’t sound very nice to end on such a negative note, but let’s admit it, Hongkongers are quite the feisty sort. Nevertheless, do try to talk to us, and try applying some of these expressions~ See you next time!