In one month, on the 27th and 28th of October, there’s a test held in my host university, Lund University, called TISUS (Test in Swedish for university studies). As the name implies, it gives students the ‘permission’ (that’s how I’m calling it) to study in Swedish – which of course means I have to reach that level too. This usually requires 2 or 3 years of study, in particular as a university major, but I’ve decided to go all Benny Lewis here and go for it with just half a year of self study behind me.

The reward? Why, I’ll get to study in Swedish and have Swedish classmates of course! (There are painfully few English courses that aren’t limited to exchange students, especially in fields that interest me.)

Now I have to mention that it’s not the end of the world if I fail this test. All I have to lose is around 1600SEK (OK that’s not so cheap but fine), and maybe suffer some psychological pressure. And I’ll have to take quite general classes. But just as in any language challenge, I’m using this pressure to give me intense motivation to improve.

Reading: I can understand most of the texts in museums (my favourite reading material) and movie subtitles, but the book I’m currently reading (Inblick i nordisk mytologi) contains a lower proportion of words I know.

Writing: I’ve hardly ever written anything other than that one short essay at the end of the intensive course during the orientation period, and several diary entries. I’ll surely be having problems with academic writing.

Listening: here’s a fun story: I was in Vasamuseet in Stockholm a week or so ago (the one with an ancient warship), and I joined a Swedish guided tour – in which I was the only visitor! Thankfully due to having eavesdropped on an English tour in advance, plus some extrapolation skills I’d acquired, I managed to grasp the content. Also I’ve been listening to podcasts and news, but I’m always running into this problem of “understanding every word but not the message” – anyone else out there?

Speaking: this is the most important (especially outside the test) and the most worrying part. I can’t say a single sentence without forming it in my head first, let alone more complex topics. It’s a long way towards my favourite definition of fluency: to start a sentence without worrying how to end it. 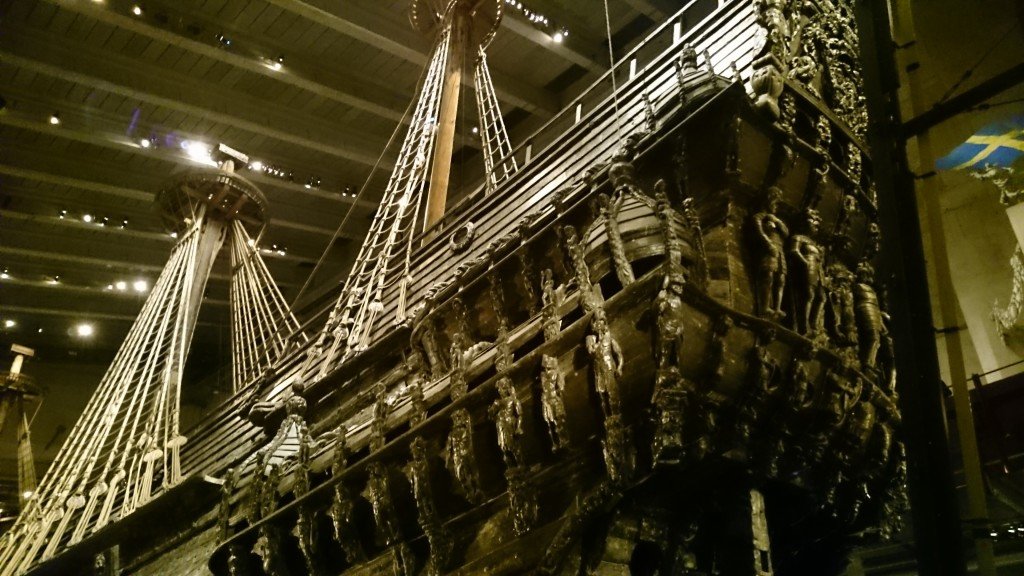 Strategies for the sprint

Judging from my experience, I think what I’ve done so far is in the right direction, just not sufficient. So I’m planning to kick it up a notch, plus some other activities:

Thanks Ramon for his inspiration.

I contemplated on it a bit, and realised that the biggest hurdle isn’t the fact that Swedes speak perfect English, no. I’ve been telling everyone and myself that, until I met Mojtaba, my host in Stockholm. He’s Iranian, just as Asian as I am, but has hardly spoken a word of English since he arrived in Sweden years ago. Turns out it’s (mostly) not the Swedes’ fault that they speak English to me but my own: by convincing myself that they wouldn’t speak to me in Swedish, I’ve been putting myself off trying, or even giving up without a fight. That’s why this is the time I got over the imaginary hurdle, challenged the myth and set myself the ‘no-English’ rule: always Swedish with anyone who speaks it!

Wish me good luck and see you on the other side.