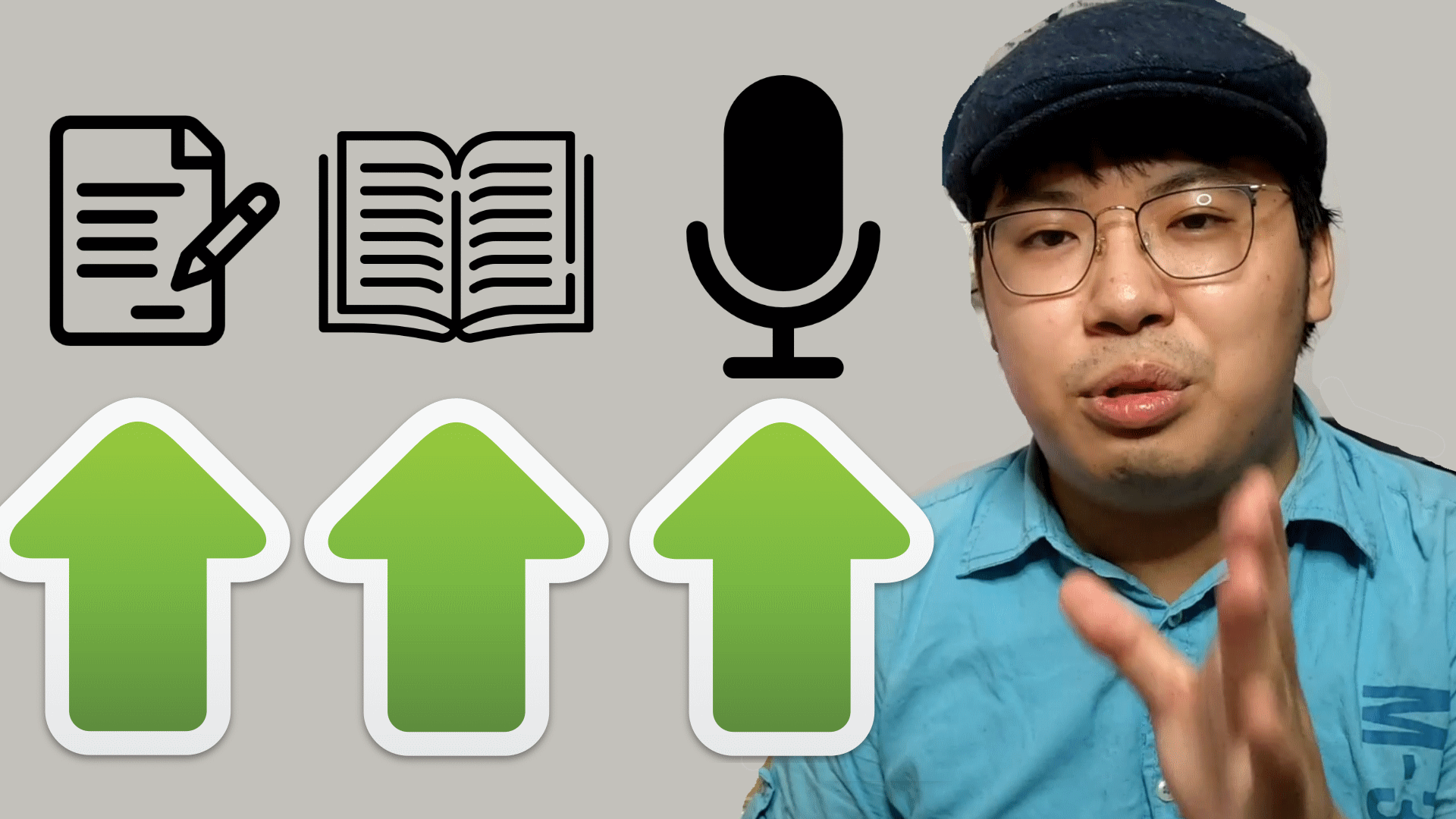 Presently publishing particulars of the plan that you may have perceived!

Pamiętnik po polsku — probably a process that progresses and pushes my Polish.

~~~Peruse the passages in the pursuing~~~

F**k it, I’m getting ONE LANGUAGE to an advanced C1 level this year

Listen to the blog series

What language would I speak to my children?

Hello from Birmingham, on a cool rainy summer day. My name is Israel and I’m here to make a long-awaited language learning update, but more specifically about my plan to learn Polish.

The last time we spoke, I talked about my goal to reach an advanced level in Polish, and more specifically, I wanted to be able to use the language, whether in speaking or writing or reading or listening, without having to think about vocabulary and grammar all the time.

And if you haven’t seen that video yet, what are you doing? Click the link there and go see the video to check out what my end goal is, how I’m going to test myself at the end of it, and you know, while you’re there, subscribe so you won’t miss another video again.

So it’s been a couple of months since I set that goal, and today, I’m here to tell you about a new mini project that I’m starting, or rather, have started recently. And this is a project that is going to play an important role in my bigger plan to learn Polish moving forward.

It’s a learning activity that combines reading, writing and speaking, and I’m calling it Pamiętnik po polsku, or simply diary in Polish. (To be honest, I picked that name just for the alliteration.)

And as the name implies, or as you may have guessed from the title of the video, it’s simply a diary or a blog series, where i write about a variety of things and not just language learning.

Because when i started my blog rhapsodyinlingo.com back in 2015, my first blog series was a travelogue in Germany. And later on I had things about travel, things about just tips in general, something personal, something about music, which is my profession, and all that jazz (pun very much intended). It’s not until later on that i actually narrowed it down to language learning, such as tips for language learning and my personal experience.

So in a sense, I’m going back to my roots, but with a twist, which is that, obviously, it’s written in Polish.

If you’re watching this video and you can’t read Polish, first of all, you should learn it, but also, I mean you’re very welcome to read the post with Google Translate; I’m sure it’s going to do a good job.

Because so far I’ve written about things like why i like writing at all, I have one about a very important newspaper in Hong Kong that was shut down, then i had a travel blog in Manchester. So if you’re interested, go ahead and check it out, it’s out right now.

But I’m here to talk about how I am doing it and how I plan to do it moving forward, because I really want to make a big deal out of it, you know, not to show off or anything, but mainly to motivate myself and to push myself to achieve the level that I really want.

Step one is going to be writing the blog post, which is the hardest step of all, because it requires a lot of motivation, and it comes with a lot of hardships.

The topic of each post is going to be varied, as i already mentioned. It’s mostly just something that comes to mind in my daily life, for example, when I’m reading something, when I’m talking to people in any language. For example, right now, as we speak, I’m working on a post about what language to speak with your children.

Obviously, I’m no expert in any of the things I write about, but I think it’s worth trying to express myself in some more sophisticated topics than just, you know, introducing myself and daily life things. So I’m going to try to argue and do all sorts of things that I used to do and write about in school, which is where the challenge is.

Another big challenge is vocabulary, because over the years of learning Polish, I’ve accumulated a large amount of passive vocabulary, which means a lot of words that I understand but I can’t really use naturally, or it doesn’t come to mind right away. So throughout the process of writing, I’m going to have to use the dictionary a lot. And I think this is actually very important to help me turn that passive vocabulary into active vocabulary.

And so far there have been a couple of words that definitely feel more active in my brain ever since I used them in the blog posts that I’ve made so far, and hopefully through writing and using the language as fluently as I can, I can also train to output Polish without thinking much at all.

The second step is what I would consider the most important step of the project, which is to get corrections. There are websites such as lang-8.com, where you can post some writing of your own and get corrections from native speakers.

I don’t know why they are correcting my work for free, but I’m so very grateful for it and I’m trying to contribute back to the community if someone writes in Cantonese.

But the point is, no matter how long or short, I can just put my writing there, and hopefully, someone’s going to point out all the mistakes I make, or maybe some expressions that are not natural to a native speaker’s ears.

And besides, if I have questions, apart from the dictionary, I can also consult websites such as hinative, where I can ask some very nuanced questions that I can’t find the answers to in dictionaries.

And after I receive the corrections, obviously, I’m going to go through them, learn from the mistakes, and figure out why something doesn’t sound natural.

And so far, most of my mistakes have been in word order. Because if you didn’t know, Polish theoretically has a completely free word order, but there are many patterns that you actually have to follow, as in, if you say a sentence a certain way, it’s not going to be wrong per se, but it’s going to sound weird to native speakers.

So I’ve received a lot of feedback in that regard, of where to put the small words and how to make it sound more like a native speaker writing. And of course, I’m also going to correct the mistakes in the blog posts.

The third and last step is one that I very recently came up with, which is to record it with my own voice. Because I thought, well, I already did the work and it’s something that came from my mind. Why not try to say it through my own voice as well?

And that I did. And so far, I’ve recorded two of my three blog posts. They’re around five minutes each, so it’s very bite-sized and digestible, if you’re interested in listening to my crappy Polish for whatever reason.

And it’s just really good practice, because for one, I get to record myself again and again, fix the mistakes in my pronunciation until it’s perfect and until i’m happy with it, and unlike talking to someone, a teacher for example, I can actually hear myself and decide if that’s good pronunciation or not.

And secondly, I can train myself to be more expressive when speaking the language. Because when you’re learning a foreign language, most of the time you’re just thinking about how to speak properly, and you forget that you speak to express. So when I’m reading aloud my own writing, I know what I was thinking when I wrote it, so I try to use my voice in a hopefully idiomatic way to express that sentiment as a native speaker would.

It’s important because I did the exact same thing with English. When i was in secondary school, I was basically forced (which I’m grateful for) to join prose-reading competitions, where I would read aloud passages from novels and stuff in a competition. And that really helped me learn how to express feelings. And later on on my own, I also practised talking to myself a lot in English.

And that is probably how I’m able to speak to a camera right now relatively naturally and expressively, to sound like I mean what I’m saying.

And on an unrelated note, I also did some voiceover work recently for a film, so it all came together.

A third benefit that I forgot to mention is that reading aloud provides yet another form of precious repetition that happens to be different from, say, writing or reading or flash cards. And that variety will no doubt contribute to helping the words and phrases take root in my head.

So back to my blog series, I thought about where to put the recordings after I recorded them, because I thought, well, if I did this, why not let other people listen to it anyway? So what i did was I made a so-called podcast. It’s not going to be an informative podcast, or an educational one, or just one that has actual value in it, unlike my main podcast in Cantonese about languages. This one is just me reading aloud my writing.

But I’m hoping that, well, someone might be interested in what I’m saying, whether it’s a native speaker or someone who’s also learning Polish, so that we can sort of support each other and give each other feedback and so on.

So if you’re subscribed to this channel, which you should be, you might have noticed that I’ve already posted two of those so-called podcast episodes on this channel. It’s just, you know, a static image with the audio in it. It’s also available on Spotify, Apple Podcast, whatever everywhere. And if you go to my actual blog post, which I will link below, you will see that I have embedded an audio player above each post, where you can listen to me read aloud the blog post while you read it.

But if you’re interested in what I have to say, what I have to write, you’re very welcome to come check them out and, you know, leave some comments and tell me what you thought about them. Or you can also tell me in the comments below: how you think my Polish sounds right now.

So that is all for this quick video. Again, I will link to everything in the description below. You’re very welcome to read, whether with or without Google Translate. And please do let me know what you think about my writing, whether in terms of the language or the stuff that I’m trying to say.

Thanks for watching again, and I’ll see you in the next one. I might even be in Poland by then.